On 11th September 2021, VKZPV Pahalgaon observed "Universal Brotherhood Day" with enthusiasm. the program was conducted in a classroom accompanying students of classes VI to X.

The lamp was lit by our guest, followed by "Ekya Mantra" by the teacher  of our school Anjuri Gayatri.

Beautiful Bouquet were presented to our guests by our students.

Shri Nirmal Biswas the Incharge of our school

at present, delivered the Welcome Address

followed by the welcome song by students

Reena Laxmi, one of the teacher of our school delivered a speech on the importance of UB Day. A patriotic song was sung by the  students and teachers followed by speech in English & Hindi by our Students.

Our guests delivered few words on enlightening the occasion.

Finally, prizes were distributed to the students for participating via  online & offline mode offer various  competitions.

The programme was conducted with a vote of thanks by D Vijay Kumar followed by Concluding Mantra.
at 21:55 No comments:

On 10th September 2021 VKZPV Pahalgaon celebrated the auspicious occasion of Ganesh Chatuthi with the students of classes VI to X by following the COVID protocol.

The Teacher as well as the students repoted on 8:30am and the rituals were performed by Shri Amit Kumar Mani. A bhajen was sung by the Teachers, Dedicated the Load Ganesha. The Birthday of Dr Sarvepalli Radhakrishnan was celebrated as Teachers's day in VKZPV Pahagaon on 5th September 2021. The traditional lamp was lit by the school incharge, Shri Nirmal Biswas followed by Shanti Patt.
Then, a speech was delivered by Miss Priya Roy highlighting the role and importance of Teacher's in students life.

A student from Class X delivered the speech expressing their gratitude and love towards Teachers.

Finally, Teacher as well as students offered flowers to the portrait of Dr Sarvepalli Radhakrishnan.
at 19:35 No comments: 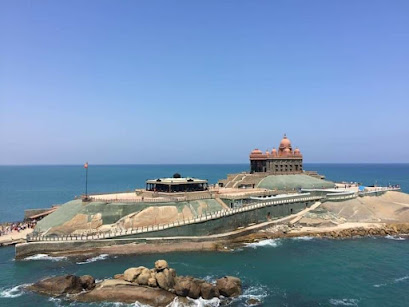 2nd September 1970 India and the world saw the Birth & inauguration of a living memorial by a truly national effort- a unique symbol of unity and purity.🚩

Vivekananda Rock Memorial was inaugurated on 2 September, 1970, and dedicated to the nation by    V V Giri, the President of India. There can be no doubt whatsoever that without the catalytic and stellar role of Mananeya Eknath Ranade Ji, this grand national monument could never have been completed in such a record time. 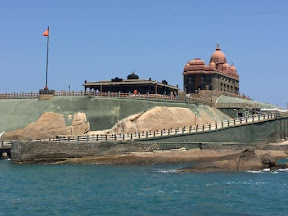 It’s not just a piece of Rock, but were the Vishwaguru Swami Vivekananda Ji meditated about India’s past, present and future for three days on 25, 26, and 27 December 1892 and discovered the real mission of life. The Spiritual power of the Rock, the footprints of Bharatmata, the Parashakti drew Swami ji to KanyaKumari.

It is a symbol of unity because the whole nation wished, worked and contributed for it.